What is the Value of Awards? 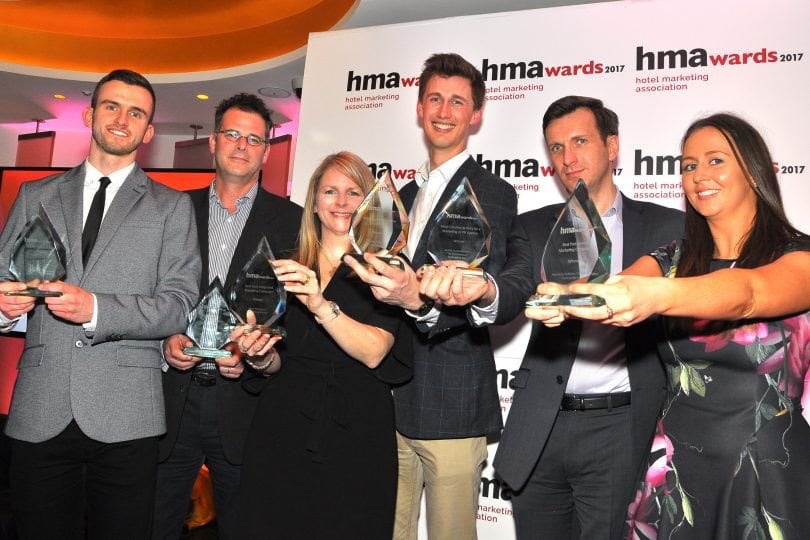 Over 160 hoteliers, marketers and agency teams gathered at the W Hotel in London’s Leicester Square on 20th March 2018 to hear who had won the 2018 Hotel Marketing Awards: and then celebrate accordingly. The winners are kept secret, until the event, so there is genuine excitement on the evening. These were the 24th Hotel Marketing Awards, which makes them the oldest marketing awards specifically for hotels. Here are the winners.

History of the Awards

At the time that we launched these awards, the only other marketing awards that hotels could enter, were the Catey Marketing Awards. But, of course these were also entered by restaurants, contract caterers and other hospitality organisations. At that time the HMA was known as the HIMG (Hotel Industry Marketing Group) and I was it’s Press Officer. Two of the long-standing objectives of the HIMG were ‘to raise the quality of marketing in the industry and to endorse good marketing practice’ and I can take credit for coming up with the idea of the awards, in order to achieve these two aims ( as well as re-generating interest in our annual Christmas lunch, at which I proposed winners be announce!). So, yes, the awards were initially a PR exercise!

The award categories essentially represented the market segments, as they were then i.e. Best Leisure Marketing, Best Conference Marketing, Best Business Traveller Marketing etc. These categories evolved over time, to reflect the industry and ensure that they remained relevant. Every year we devote time to reviewing the categories, the entry process and the judging process.

Value of the Awards

I remember the first time I saw the CV of a hotel marketer on which they boasted of being a ‘Hotel Marketing Awards Winner’. It’s one of those moments when you realise that something does matter! I also remember reading about the appointment of someone (in the Caterer) and again reading those words ‘Hotel Marketing Awards Winner’. We also used to receive requests for additional copies of Award certificates so that hotel chains could display them in the Reception areas.

I believe that the value of any award stems from several things:

The credibility of the organisation that organises them.

The criteria against which entries are being judged.

The integrity of the judging process.

We devote time to reviewing these carefully, to ensure they reflect current marketing practice. At the heart of the criteria are always 3 Marketing basics: a well-identified target market, SMART objectives and an ROI. Many entries get rejected by judges because of a lack of such information. We have even been known to not announce a winner in a category if all entries fall short of the criteria

The integrity of the judging process is probably the biggest single reason why the HMA awards have gone from strength to strength. We recruit a mixture of professionals for each category, who are independent but are also very knowledgeable about marketing and the industry. Most importantly they are the type of people who don’t just accept a claim made in an entry but will conduct their own research to verify not just what the entrant claims, but also considering what competitors are doing. If an entry claims a level of views on YouTube, the judges will check it. If an entry claims growth in market share, the judges will seek verification. In other words, the judges take the process very seriously and devote a significant amount of time to the judging.

Also, it isn’t about which is the best among the entries in a category: rather it is, ‘is this an example of truly great marketing?’. And if, in the judges opinion, the answer is ‘no’, then we don’t make an award in that category.

Awards do matter, if the organisation behind them has credibility, if the entry criteria are current and relevant and if the judging process is of the highest integrity. They matter to the person behind the marketing activity, to their team, to the agency involved and to the company. Because at the end of the day, it is acknowledgement that their campaign represents the best in marketing practice.

Top Tips for Optimal Wellbeing during Lockdown
May 24, 2020

Carvell Thanked by Scottish Orienteering
May 22, 2020