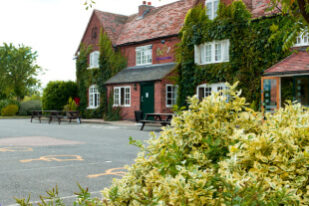 Content may be King, but in Social Media it’s about Engagement & Influence

It was over 20 years ago that Bill Gates declared ‘Content is King’. This has been adopted as the mantra for digital marketers ever since. But, there are an increasing number of people challenging this, in no small part because so much content is created and circulated daily, and so much of that content is rubbish!! Anyone can set up themselves up as a blogger, anyone can set up a website and anyone can pretend to be an expert in a field. It is no surprise that ‘Fake News’ is almost permanently trending on Twitter. No one has to prove their credentials to be an authority on a topic, and no-one has to have researched, or provided evidence from, legitimate sources to be claiming something as fact.

Content became very important to Marketers because Marketing in the noughties was so much about Search Engine Optimisation. Marketers knew that if they kept adding fresh content to their website, it would shoot up the Google rankings. They knew that Google loved a blog – there even used to be a tab on Google to conduct a blog search. In the noughties emailing was also a major part of any marketing strategy and the key to producing a high open rate and high click-thru rates was to deliver the right kind of content.

Social Media is no different to television, radio, magazines or newspapers, in that its original purpose was entertainment and then it got hijacked by the advertisers and Marketers. Marketers are such that we need to analyse data and study analytics. In the early days of Twitter & Facebook we focussed on followers, fans, likes, retweets and shares. We could assign tangible numbers to those things and set ourselves targets. As more channels, such as Instagram, became mainstream, we had to rethink the value of those measurements. Fortunately along came companies like Klout and Klear, so we could score ourselves / our brand / our clients. Klout peaked as long ago as 2012.

Brands started to look for on-line ambassadors and advertising agencies started looking for influencers who matched the demographic and psychographic of their target market, such as teenage bloggers. It was an incredible phenomenon to see teenagers becoming millionaires thanks to setting up a blog in their bedroom showing how they applied their makeup!

We are at that stage where some people are claiming that Twitter and Facebook have had their day. But then people do tend to say that, once something has become mainstream and adopted by the older population! We are also all faced with so many different channels, that it is difficult to keep creating and issuing so many different types of fresh and relevant content. This especially applies to small businesses or independent hotels who either can’t afford to pay an agency to do this for them, or don’t feel comfortable allowing ‘strangers’ to do it for them.

Engage with your Target Market

I have sat through many presentations about Social Media Marketing in the past few years, and much of the advice revolves around which channels, how often you should issue content, automation and analytics. Often the ultimate objective is assumed to be driving traffic to your website, and of course that would be correct if you are say an independent hotel trying to generate bookings. However, it is a simple fact that most small businesses only need to reach a few thousand people each year in order to be profitable. Even a 40 bedroom hotel only needs 14,600 guests to be full every day each year! So, the risk is that everyone is trying to build up hundreds of thousands of followers and fans on Social Media, and get thousands of visitors to their website every day, instead of focussing on what really matters, which is engaging with people.

If you are a small business or an independent hotel, I don’t think it matters which of the channels you use. Use the one or two that you are the most comfortable with. Also, there will be enough people who fit into your target market somewhere within the millions of people who use that channel. If you generate content that in some way reflects your product, it will organically attract the right kind of people. So, if I tweet photos of the Lake District, I will attract people who love that area. If I tweet photos of afternoon tea, I will gain the attention of people who love afternoon tea. If I post a photo of a wedding dress, I will attract people who are getting married. Thus, your content attracts your target market for you! But, the vital link in turning those people into customers, is that you must engage with them. Think of Social Media as being like a conversation, not a presentation! Communication needs to be two-way. You need to capture the other person’s interest and attention, by being entertaining and informative….no different to an ad then! But, with the difference that the communication is two-way.

I hear many small businesses saying that they mean to tweet, post etc, but it’s too much of a chore and they can’t be bothered. If you are doing it right, that simply shouldn’t be the case! Surely you should enjoy talking about and showing off your products and your business (without trying to ‘sell’)? And, isn’t it fun ‘talking’ to people who share your interests? Have a laugh with people and take an interest in people. They will become huge ambassadors for you and your business. Social Media channels enable you to network from the comfort of your desk, commute to work, sofa or even bed! Could Marketing be any more fun and rewarding?

This article may be reproduced in part or in full, so long as full credit is given to Pamela Carvell and this blog: hotelmarketing4u.wordpress.com

Top Tips for Optimal Wellbeing during Lockdown
May 24, 2020

Carvell Thanked by Scottish Orienteering
May 22, 2020